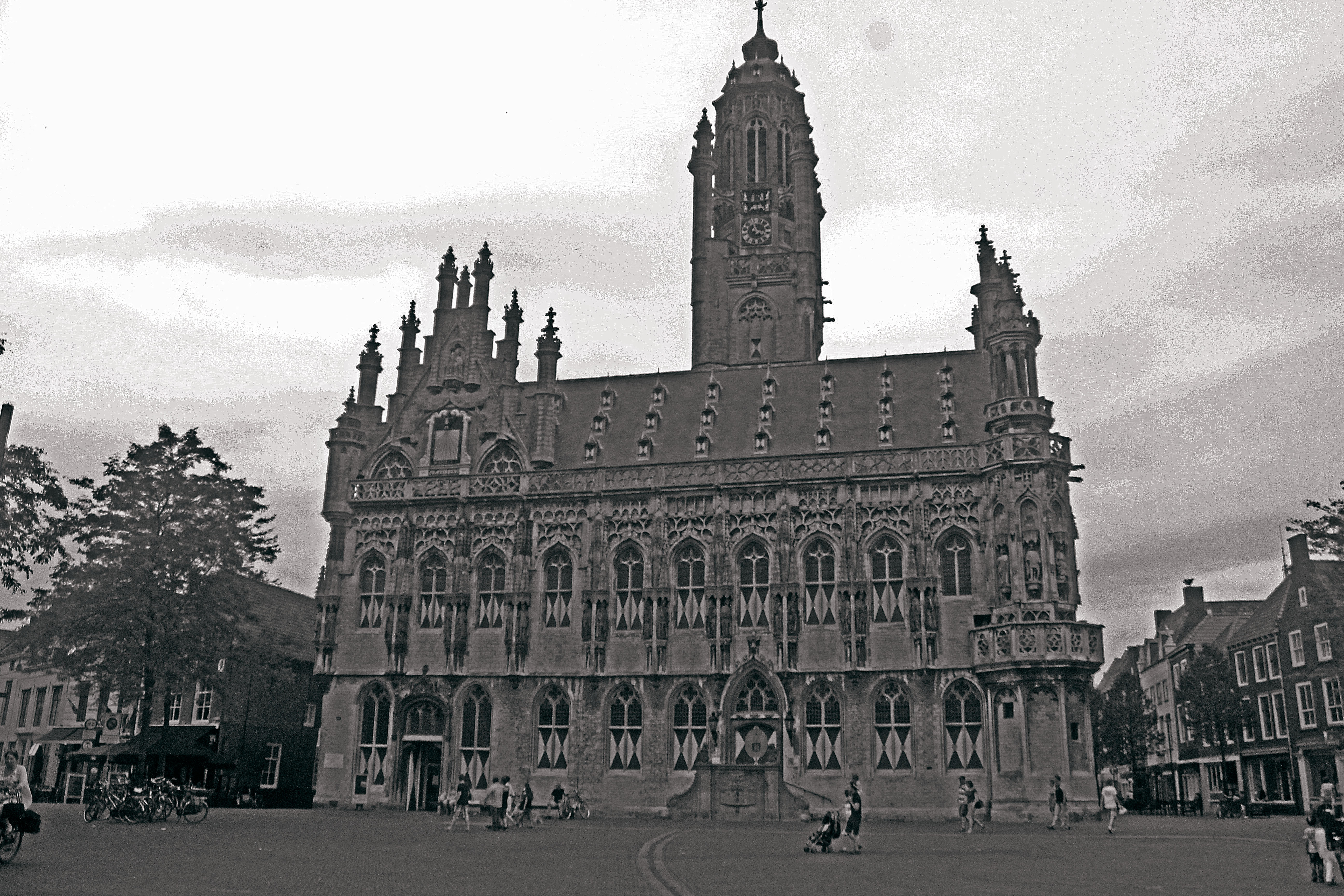 The late-gothic town hall of Middelburg is situated at the market of Middelburg, Zeeland. It is considered[by whom?] one of the finest gothic buildings in the Netherlands. Construction began in 1452 and was supervised by several generations of the Flemish family of architects Keldermans. Construction was completed in 1520, the town hall received a facade with gothic windows, red-white shutters, smaller turrets and twenty-five statues of Zeeland’s counts and countesses. The building has one main tower, which the Middelburgers call ‘Malle Betje’. This mocking name comes from the fact it used to run behind the town’s other clock tower, the ‘lange Jan’. A meat-auction or ‘meathall’ used to be situated in the building, which had a separate entrance. Whereas the town hall itself is still used for weddings, since 2004 it’s spaces are in use by the Roosevelt Academy, the local college. The former meat hall has been in use as an exhibition space for the SBKM since 1980.

Middelburg (Dutch: [ˈmɪdəlˌbʏrx] ( listen)) is a municipality and a city in the south-western Netherlands and the capital of the province of Zeeland. Situated on the central peninsula of the Zeeland province, Midden-Zeeland (consisting of former islands Walcheren, Noord-Beveland and Zuid-Beveland), it has a population of about 48,000.