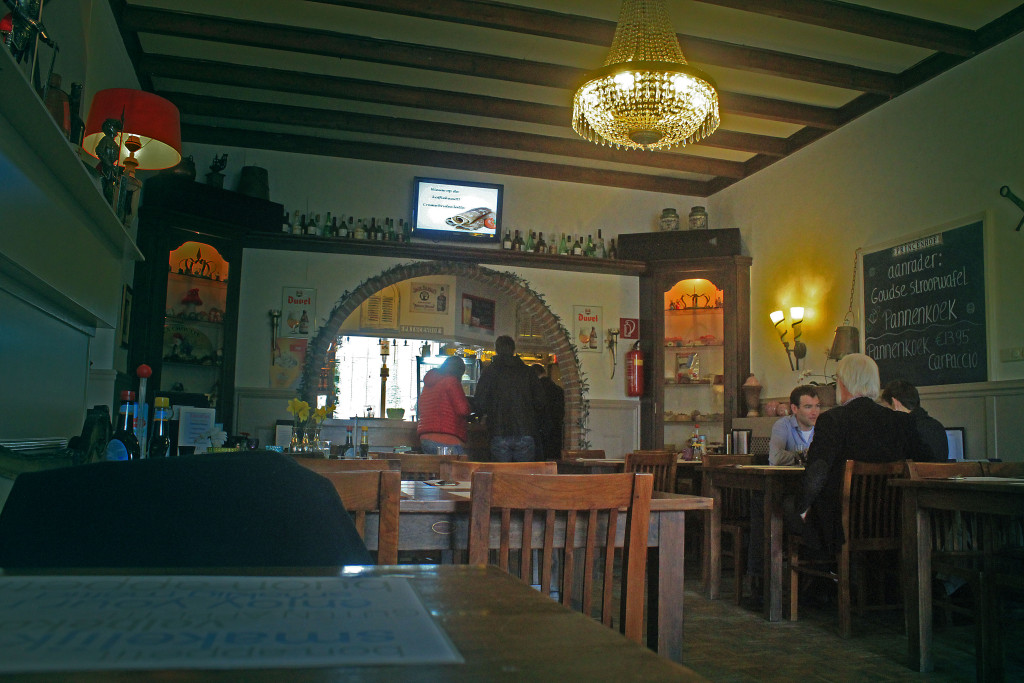 Inside of Princenhof, Pancake House and restaurant.

The second day of our cycle tour of the Netherlands, Rachel and I awoke early, but not early enough to see our host from Couchsurfing, scoot off to work. We were awoken by his furry friend, a forward feline named chip. We too scooted off, out of Utrecht, stopping at Princenhof for some Pannenkoekens and beer before heading out along the bikepath towards Arnhem. The trip had kicked Rachel’s ass yesterday. As previously mentioned, she had never cycled before and so the 60km, supposed piece of cake trek from Amsterdam to Utrecht, was more like a piece of metal shrapnel lodged into her legs, than delicious cake lodged in her mouth. 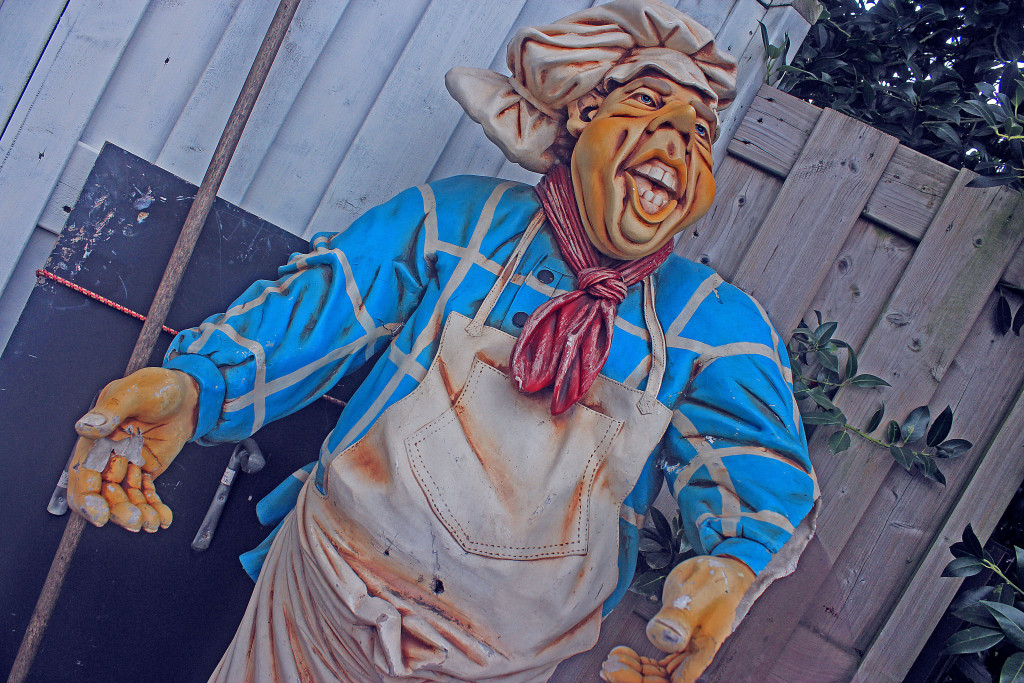 The day’s ride took us through beautiful forest and countryside. Passed ba’ing sheep and woofing dogs and naying horses. Many people were out and about on their bikes, from very old to toddlers perched in makeshift baskets. Quite heartwarming to see a society promote the bicycle, as Netherlands tends to do. Needless to say, after another long day, Rachel’s legs were aching and so we decided to stop in Ede, a town I had been to before, on a previous bike trip through this region. Not much to this town, so we interneted it up at a Mcdonalds and found a good deal at a nice hotel, the Reehorst, to refuel for the next day, where we would cycle to Arnhem and on our way check on the Netherlands elusive desert. 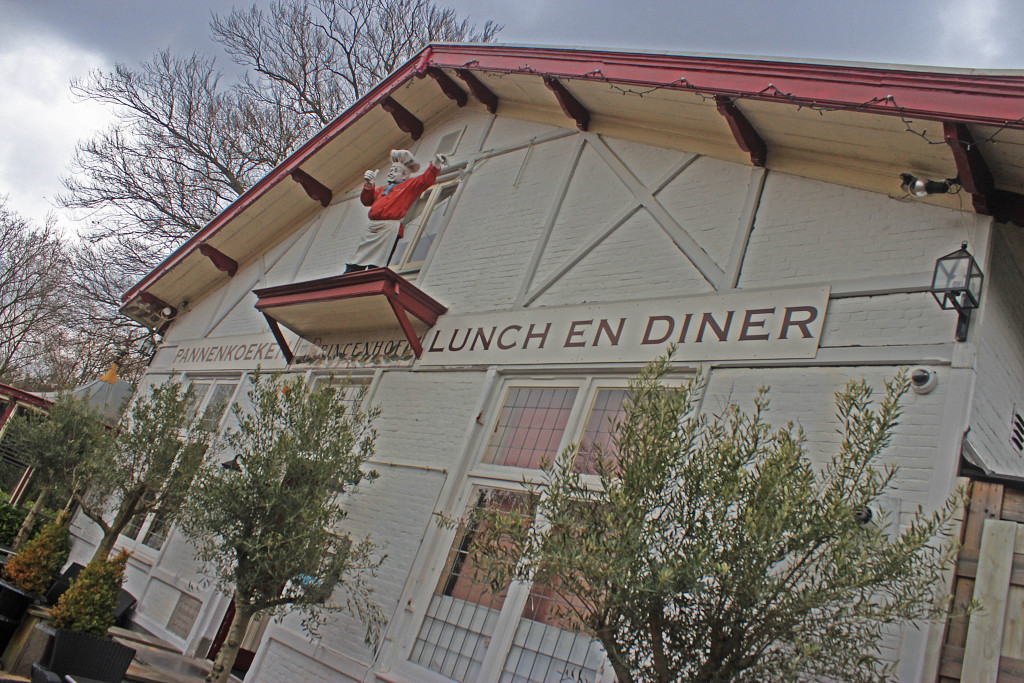 For some reason, from this day, all I have is photos of Princenhof. 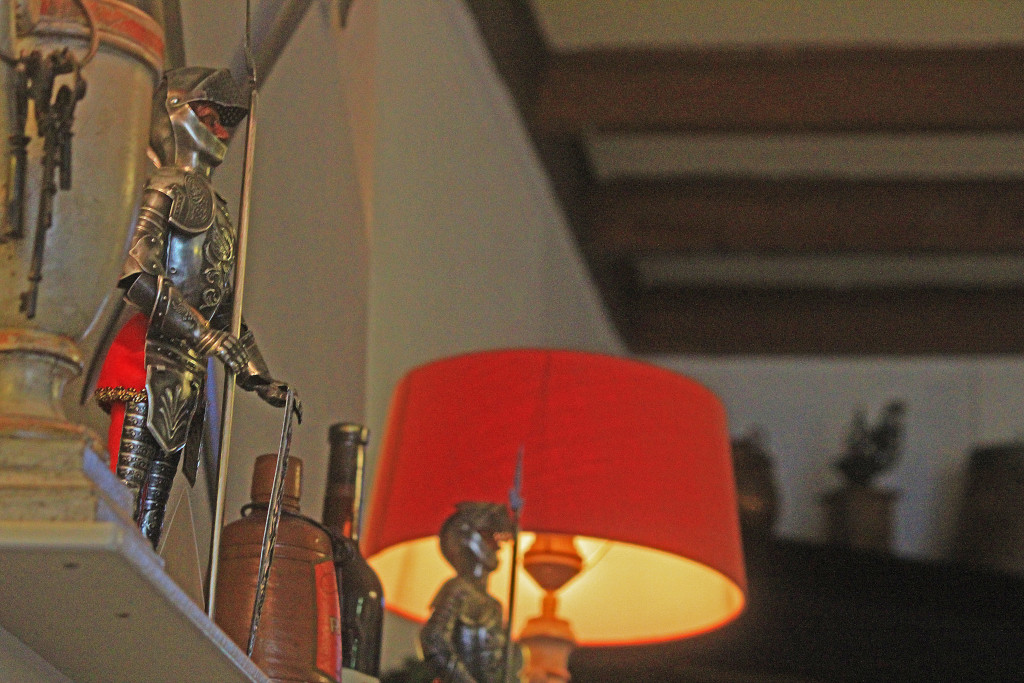 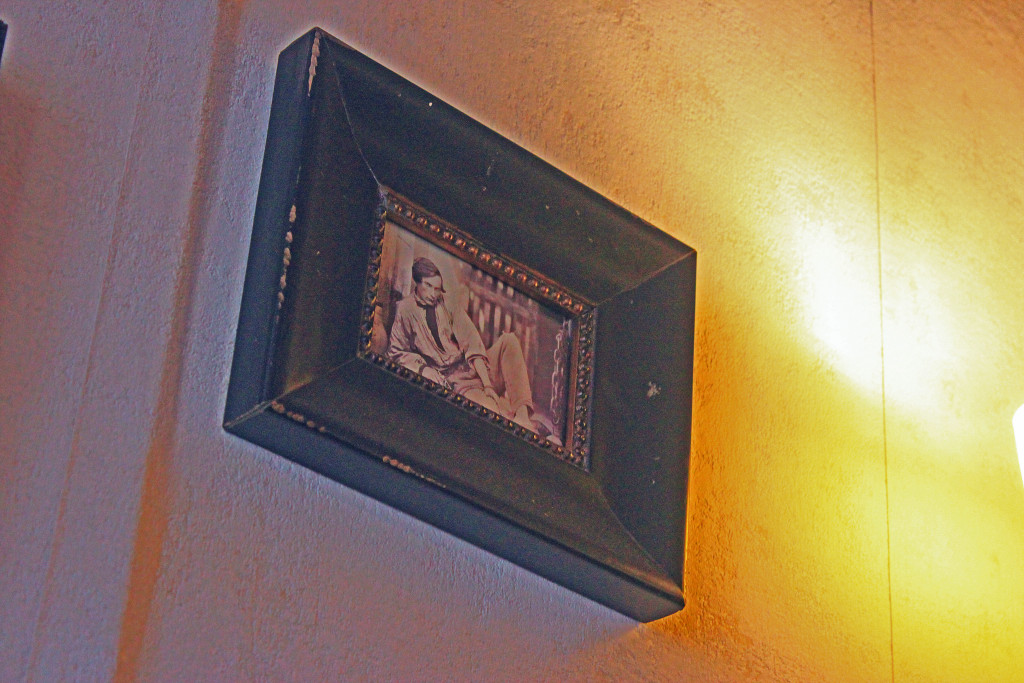 Check out the accompanying video:

More info on this leg of the trip:

Rhijnauwen is a castle, former heerlijkheid (fiefdom), and former municipality in the Dutch province of Utrecht. It was located northwest of the village of Bunnik.

The municipality existed from 1818 to 1857, when it was merged with Bunnik.[2] It consisted of the former heerlijkheden Amelisweerd and Rhijnauwen.[3] Around 1850, it had 50 inhabitants.

The name is still used to denote the small forest that separates Bunnik and Utrecht.
The name is probably derived from Rhijnauwen Auen, an old word for the wet meadows along the Rhine. The estate is probably from the 13th century. The first mention of the manor Rhijnauwen dates back to 1212. The House was in the first half of the 14th century it belonged to the genus of Lichtenberg. This family was one of the most powerful families of Utrecht and had also Lichtenberg House, which was located in a place now part of the town hall in Utrecht. Rhijnauwen was officially recognized in 1536 as a manor. After the marriage of John IV of Lichtenberg Aleid Renesse came from the farmhouse in the hands of the family Van Zeeland Renesse. In 1449, the brothers Frederick and John Renesse Rudolf after the victory of Deep Holt Zweder banned from Culemborg, and in 1450 the house was on fire Rhijnauwen commissioned by the city of Utrecht. After the house has exchanged owners several times. The last private owner of the house was the family Rhijnauwen Strick van Linschoten Rhijnauwen bought in 1773. In 1919 the estate was bought by the city of Utrecht. The then owner, the Dowager Strick van Linschoten should stay there until the end of her life. On April 1, 1933 was leased to the hostel Rhijnauwen Foundation, which gave the building its current destination.

Sid, everyone’s favoritest and handsomest bum, is back on the stage at the Victoria Fringe Festival. Here is a little blurb on the show:

Meet Sid, another face on the Downtown Eastside.  We pass by her on our daily commutes without differentiating her from the dilapidated cityscape.  Listen to her tell tales of mirth, tales of the unnoticed, tales of perennial.

We listen to Sid, because she is in a show.

Would we listen to her otherwise?

Sid ran for a week in 2014 at Little Mountain Studio. Here are some of the reviews:

“Rannelli continues to impress with her range.”

“Sid: The Handsome Bum is a play filled with questions. It makes us question how we not only view those on the fringes of society but why there’s an uncomfortable feeling of listening to them, looking at them and helping them.”

“Sid: the Handsome Bum is a cleverly written play backed by a strong performer.”

“Sid the Handsome Bum rips a veil of privilege from the audience. Those silenced in our community are empowered, given winged voices that must be heard.“

“An intimate look into the life of someone on the streets. You will laugh and cry. You will leave feeling you should do more, ignore less.“

“You lose the stage and fall victim to empathy. Whatever your stance or preconceptions, you feel what Sid feels and I implore everyone to experience the tragedy and comedy.“

“Sid forces us to confront something we’re all used to ignoring everyday, and that alone made it worth seeing.”