I have been in China just over a 2 and half weeks and am finally feeling like the place that they have put me in, this spacious apartment, on the second floor in a compound full of similar buildings in a city I had never heard of before this job offer, this random, but warming place, is starting feel like a home. I don’t think it will ever be home home. It’s too empty. There is only one person in it. And I guess that could be a home to someone who was okay with single occupancy. And that might have been alright when I was of the single occupancy mind. But I am not that now. So a home away from home will do and I will make the best of these rooms and their four walls. I will adorn, I will garden, I will masturbate in every crevice. Kidding. I just have to keep you on your toes, right? 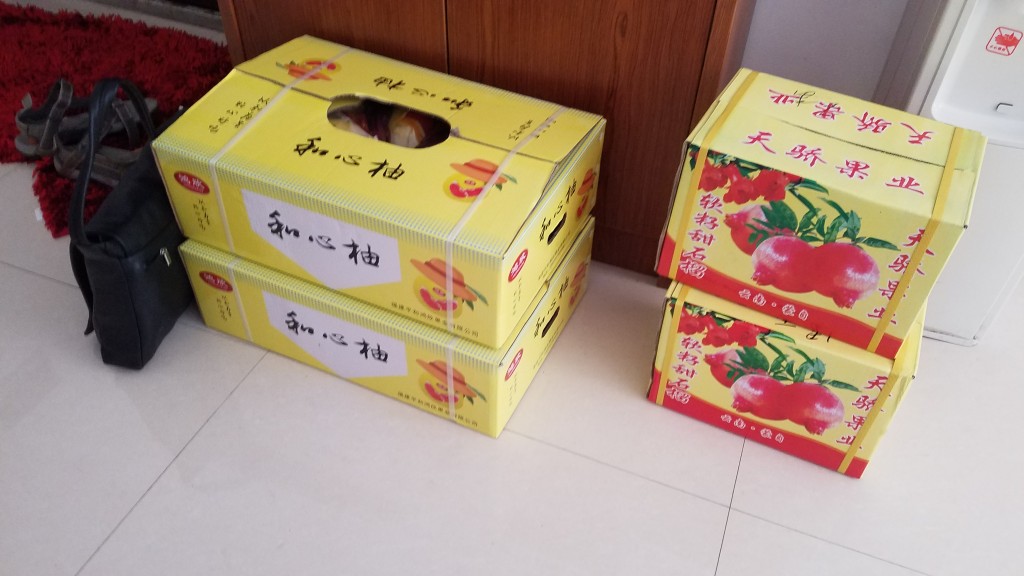 Because sometimes your school gifts you big boxes of pomelos pomegranates

Jiaxing is a lovely city of 7 million, which is considerably small for China and ridiculously big for most other parts of this weekend amusement park filled planet. Last weekend I walked around and explored the sites and by sites I refer to things I found via google maps that looked mildly historical and possibly entertaining. Being a smaller Chinese city means that it is more accessible by foot. I have set up my phone so that it can pay for the City Bikes…but just because a system is set up, does not mean I have any clue as to how to operate it. I tried a few times to set of the city’s two wheeled jalopies free, scanning the QR code from different angles, staring at the bicycle like a concerned parent, whispering a muted curse into it’s hypothetical ear and then moving on before a Westside Story-esque fight broke out. I ventured towards my destinations, the “sites” of Jiaxing, through through clusters of malls and overpasses, through glares and gawks, passed “waigerens and laowais”, through beeps and snot rockets and stenches and fragrances. The first on my list was a temple that shot up like a magnified wart near the side of one of the rivers, a cluster of smaller structures and towers, white and brown and moldy. 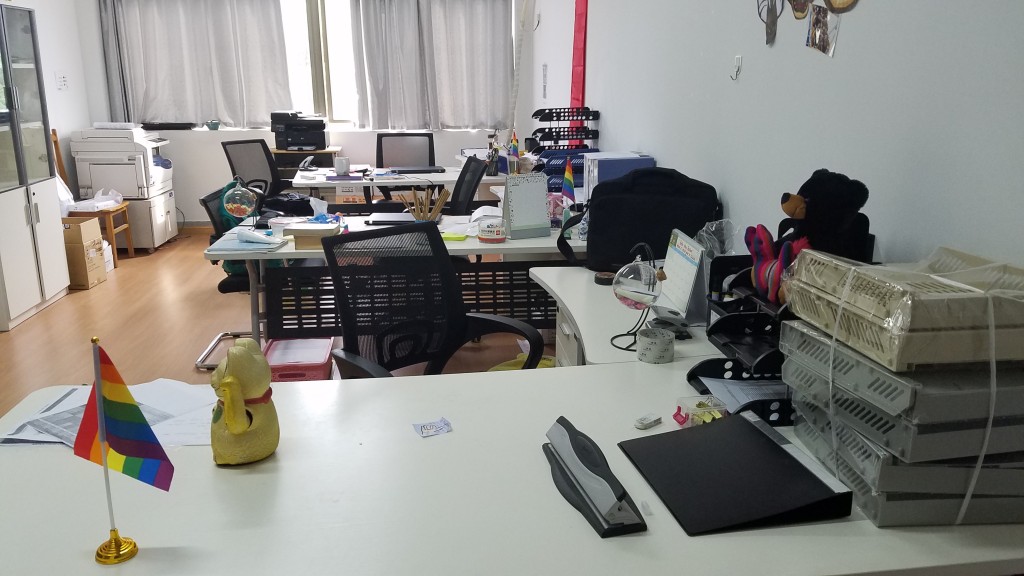 The temple was currently inaccessible due to a ceremony going on within. I leaned up against the ancient welcoming post and peered in as the monks within the first inner shrine chanted, played instruments that echoed generations long dead, encircled by thick tornadoes of fragrant and blooming incense. After the ceremony I entered. The pictures say what I have no words to say. So I exited. Another temple down the way. This one, with a large inner courtyard. It was dedicated to a fallen General who had saved the Song Dynasty and was poisoned. More pictures. 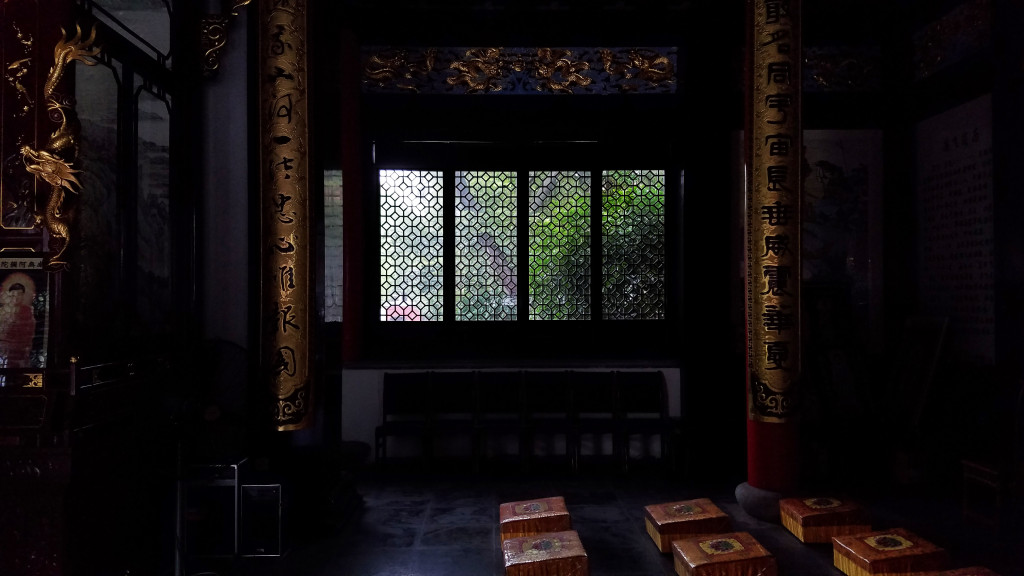 More walking. The city’s greenness, almost obnoxious, with its abundance, but so welcoming and so unexpected. I walked through several of the touristy, made to look as if they were ancient sections of a long forgotten and abandoned Chinese water town, that lined one of the canals. Historical Disneyfication and commodification. Though, we do the same thing to actual history. The BC version of it, Barkerville, cashes in on that every summer. And why not? You learn a little, an impression is made and context is given to faded words and histories. It makes the past tangible and kinetic. I guess, in this particular instant, you learn nothing if you cannot read the Chinese signs. All I can surmise from areas such as these is that at some point something like this might have existed somewhere around here. I read that last sentence. Trust me, I got this. 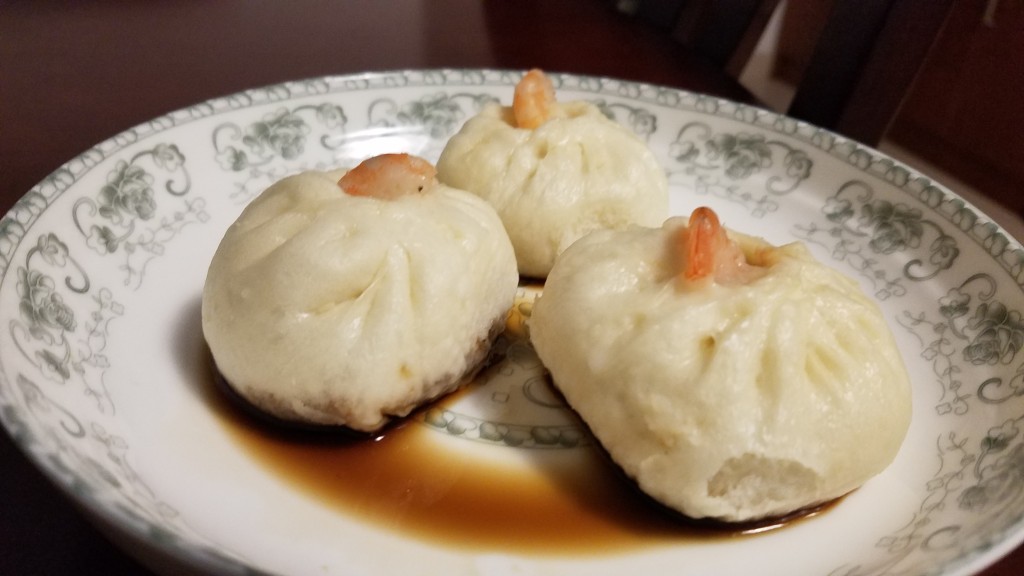 I walk through a park lined with beautiful trees that rise like Tolken spires or war spears, their tips piercing the blue vastness that expands to horizons on all sides. The path ends at a wooden pagoda at the Beijing to Hangzhou Grand Canal. I have seen this canal in both Suzhou and Hangzhou. It felt as if I was reconnected with a cousin that my mother had told me about and who I had met at I point in my life where I didn’t tie anything down to memories. There wasn’t much to say, but still I felt I had a duty to stop and view it with wonderment and curiosity. It definitely was and is a technical marvel, the longest man made canal in the world and it was created over 700 years ago. 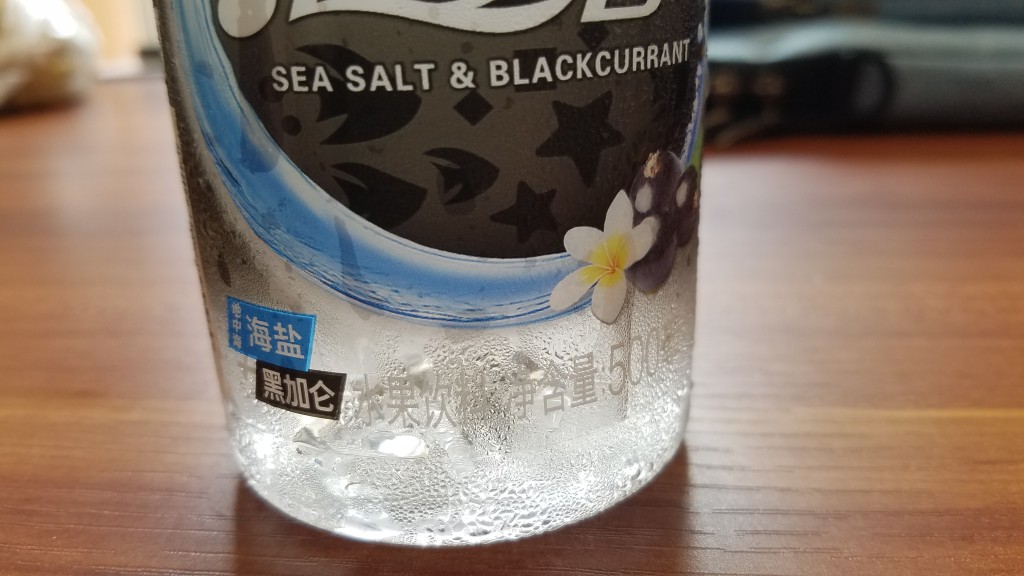 Before leaving the extensive greenway, I stop on a small island, accessible by a gate to have a glimpse over South West Lake. I peer down on it from an ancient bridge. Jiaxing is beautiful. I needed this. Having left things and people I didn’t want to leave behind, nature was a comfort to the barren feels inside.

At the edge of the park, old men, dressed like the Chinese version of Grumpy Old Men play polo on two, official looking polo courts. I stop, watch and snap a few pictures. People really take leisure time seriously and really do spend it with their friends, families and loved ones. It’s really quite nice. 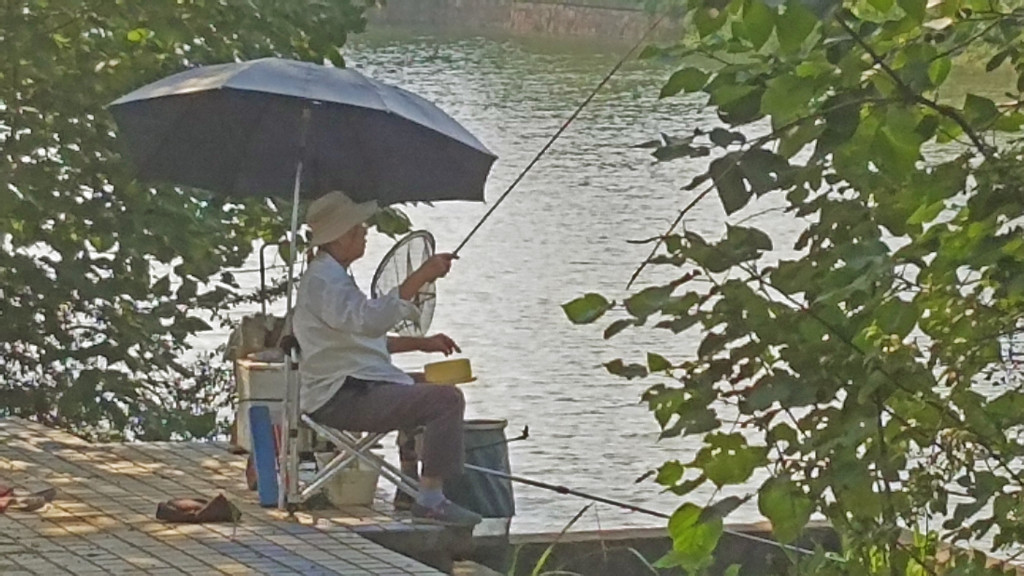 Fishing on the canal

I stop into the house of a local resident who was one of the first people to translate Shakespeare into Chinese. He is long gone, but his house still stands, amongst modern constructions, byways and shlubbly dressed guards who wander aimlessly too and fro like poorly programmed baddies in an old school PC Shoot ‘Em Up . Today was a lot of walking. I peer through a small breach of a large, corroding fence that surrounds the Catholic Church that was partially destroyed by the Red Guard. It’s a beautiful structure is haunting; partially in part due to it’s dilapidated state. Renovations are on the table, right beside gay rights ;). Durian milk shake. Not sure about that. Kind of tastes like what, I imagine, an onion milkshake would taste like. 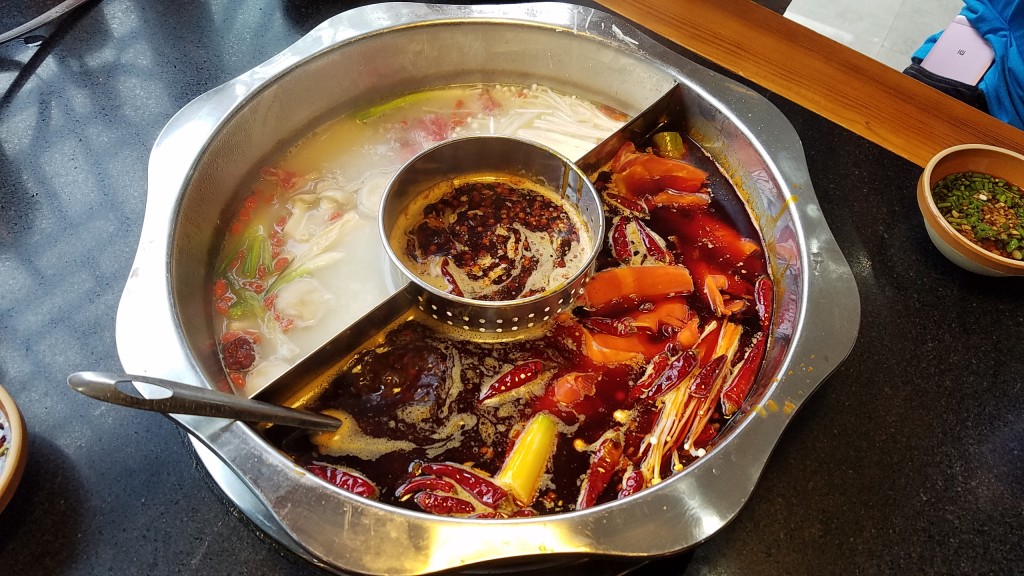 Marking, marking, marking, teaching, teaching, teaching. Planning, planning. Dinners with bosses. Presents for teacher day. Pillow of my face. Originally I was like, this is so strange to own a pillow with my own image on it. It’s grown on me. I’ve had more than a few naps on it. I fear I am going to wake up from a nice slumber and feeling a bit disoriented, come face to face, eye to eye, with pillow Ira, his facial expression slightly altered from what I remember it to have been. In that regard, pillow Ira is not to be trusted.

Mark, mark, buy some stuff on Taobao. BOX comes from Canada! Only took a month. Coffee from Canada. Candies. Break bodum. DAMN. Order another off Taobao. To explain, Taobao is the place to get anything ever online in China. It’s better than Amazon and doesn’t generally charge for shipping and it usually shows up in a few days, unless it’s ginormous. I am obsessed. 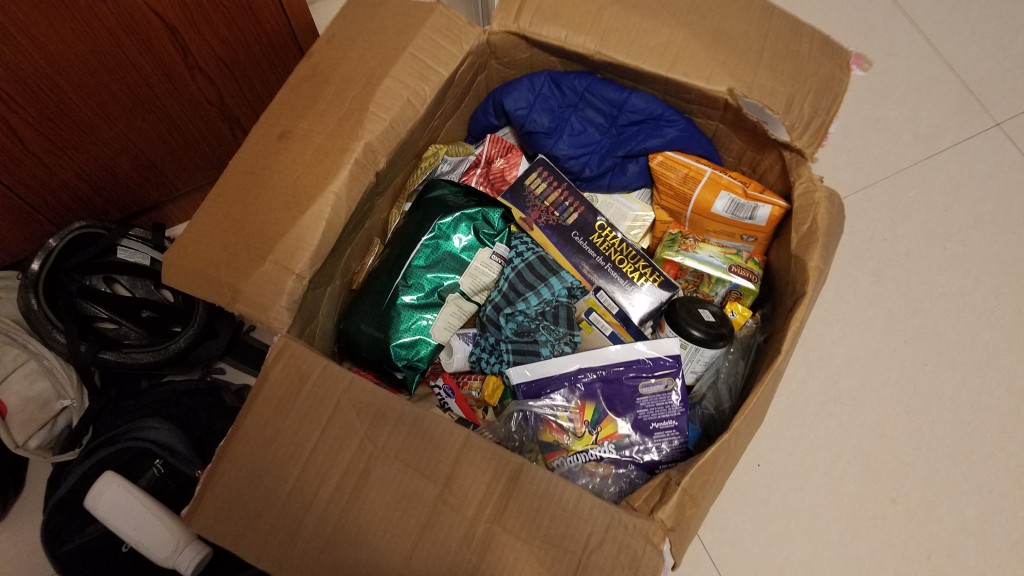 Yesterday night, I went to see Planet of the War of the World of the City of the Planet Again of the Apes. It was fun and it was great to hang out with my new teacher friends. Went to Moon River after and my bike lock key broke. Nevermind. Had some drinks, 45 minute walk home. Rinse, repeat and return. Today I went to museums. Words. Sometimes no. Pictures. Yes. Those. More soon. Right after I get through this Tower of Babel of papers. 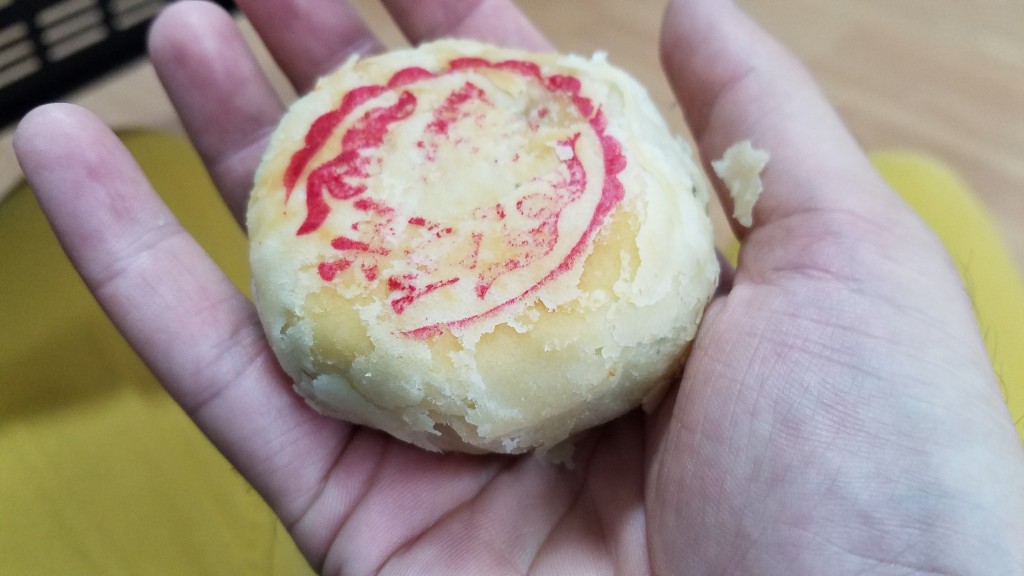