Old School – Selling melons on the side of the road in central Beijing.

In, Vancouver, having millions of dollars gives you access to the easy life and many people make that quite visibly apparent. From the fantastical, to the ridiculous, it’s not to hard to sound like the narrator from Lifestyles of the Rich and Famous in our not so humble city. Yet with such an influx of millionaires, the castles, the ridiculous cars, the restaurants with “homecooked” meals costing more than your home (or whatever hovel you can rent), none of it really surprises anyone. The gentrification of Vancouver replaces shelters and iconic structures with vegan donut shops and while it all seems distasteful, sadly, we are use to it.

Old meets new. A beautifully ornate column in front of a new mall in the North of Beijing.

In Beijing this gentrification process is happening as well. The old “hutong” living quarters are being replaced by malls and apartment blocks, but with the such limited space and possibly also the language barrier of not knowing exactly the purpose of the new buildings, the replacement facades don’t seem to delve into financially engrossing statements. Yet once you leave it’s epicenter, get out into the outlying districts, Beijing doesn’t seem as Beijing-y anymore. There is space, vast amounts of unused land, fields, even rivers (though the water in them looks like a liquefied rainbow). People with money head out into these vast expanses, that boarder along some of the poorest areas in the city and recreate worlds they have seen in advertisements and on the television. Since travelling to and from China yields a wealth of it’s own problems, this is the next best option.

Gardening along the river – Northern Beijing.

Two and half hours of cycling north from my little hutong in the centre of the Dongsi District, which is 15 minutes on foot from the Forbidden City, I was first struck by image of trees. Not planted trees, but trees that were growing on their own accord, wild, uncontained, unplanned. Passed the last subway stop, the wide road heading towards the northern mountains is covered in dirt and garbage falling off and out of trucks, and buses and commuters who come from hours and hours a way to go to work in the hub. The financial pressure of city life allows for nothing better. People live in packed rooms of 10 or 12, in dorms, many miles from their places of work, just to say “I am a Beijinger”. Then again, I can’t say that their lives would be any better back in whatever province they came from.

Private School in the North of Beijing.

Yet I wasn’t riding out this way to investigate this phenomena, but actually the polar opposite situation that Beijingers live, lavish and drape themselves in. Messing around on Google Earth, the night prior, I clicked on a picture from the north of Beijing that revealed a beautiful French chateau. What? That couldn’t be right. This was a rouse that would have been ending up in the middle of nowhere with nothing to show, having me grasp for photo ops of cool vegetation to justify my journey to myself and others. Searching “French chateau Beijing” in google peaked even more interest. The house, according the Chinese news, which made it a tad more reliable than google, said that this house did, indeed, exist.

And here I was, standing in front of a replica of 1651 French Chateau. Specifically a replica of 1651 French Chateau, called Château de Maisons-Laffitte, located in the unknown, quaint village of PARIS, FRANCE. The replica, built on land that use to be occupied by wheat fields, is actually a luxury hotel and conference centre built by Mr. Zhang for a whopping 50 million. That’s dollars, not yuan (that would be like 5 followed by 75 billion zeros yuan). The landscape, the baroque architecture, the moat surrounding the house, even the staff wearing French period clothing, attempts to and succeeds to mimic it’s source material. Zhang originally wanted to shoot for the Palace of Versailles, but said it was “too big”. Mr. Zhang, I think we’ll let that one slide. No, what you have done here, complete with helicopter landing pad, wine museum, spa and French named restaurants, seems like the logical choice compared to that. The opulence is immeasurable, though I find it laughable, that with such a wealthy history of extravagance, rather than focus on exoticism, a proud Chinese business owner wouldn’t draw upon the his own history filled with massive palaces, temples and gardens. It seems to be a thing in China to idolize the outside world, that rich is better when it’s foreign rich. That’s whooole other post.

Now, I have seen in Beijing a reconstructed medieval Austrian town, which I will post pictures of once I have found them. Yet, once you get up and close to it, you can see the amateurness of it all. The uninspired murals, the lack of attention to detail. This copy, on the other hand, is a work of art on it’s own. Yes, ridiculous, absurd, out of place, but it’s there, so all one can do is admire it, walk through it’s vast dining rooms, ornate sitting rooms, ball rooms, rooms you have no idea what their function is, but possibly they are functionaless rooms just to remind you that when you have lots of money you don’t have to have a purpose, you can simply be.

Opulence – The chandelier in the ballroom

After a exploring the grounds, the fountains and purchasing a 4 dollar water! (water in the city costs for the same product like 20 cents at most), I left this place, feeling I had discovered something not many people who live in Beijing know exists. Well now you do, so you have no excuse not to try and see this remarkable anomaly.

Of course, there is a sad side to this project. The land that use to be wheat fields fed up to 800 now landless peasants, before being occupied by this singular property. It’s depressing to think that a golf course, use to be fertile ground that provided life sustaining food for many people. Mr. Zhang DOES give the people, as a collective a $45 a month stipend and offers to hire them to maintain the land for $2 a day… Check below for directions and more info! 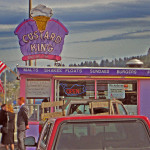 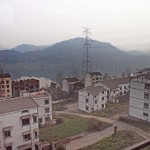 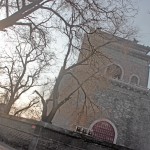 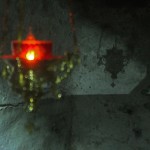 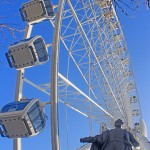 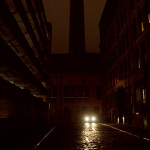 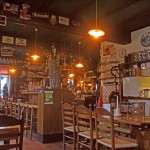 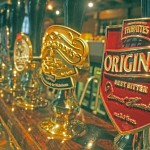 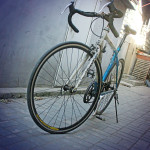 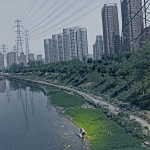 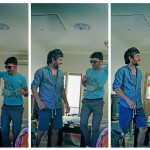 Kevin stops from cycling around the world to have a much needed dance break with me.

INFORMATION: Name of Place: Beijing Zhang Laffitte Chateau (定泗路) Directions: Get on Metro Line 5, heading north to Tiantongyuan North. Get off at Tiantongyuan North, exit on the East side, Exit A. Cross passed all the vendors, across the small street that is jammed with taxis, walk north a bit until you hit an intersection that is coming out of the parking lot. Make a right and cross over the main street. Walk north for a bit along the sketchy big road (named Litang Rd or S213). You will come to a bus stop, which should have a bus called 860路. Show the bus driver the name of the Chateau, which should help him tell you when to get off. If not, you can also show him the stop which is八仙庄南大街. Don’t be shy to ASK, even if you don’t know basic Mandarin, people are quite willing to help if you are persistent and simply show them things they can read, as opposed to trying to explain yourself with wild hand gestures and your mom’s dance moves (also awkward looking in front of a packed bus full of locals, trust me, it’s been done). If you have any other questions, tips, ideas, please email or comment on this post. Plus, if you want a moving visual of China and other adventures of have partaken in, check out my youtube page. PS – Really? 6 subscribers? Are cats knocking shit off tables THAT much more entertaining. If they are…. Youtube: https://www.youtube.com/playlist?list=PL59E469A3DF414464 Twitter: [twitter-follow screen_name='pedaleachmile' show_screen_name='no']