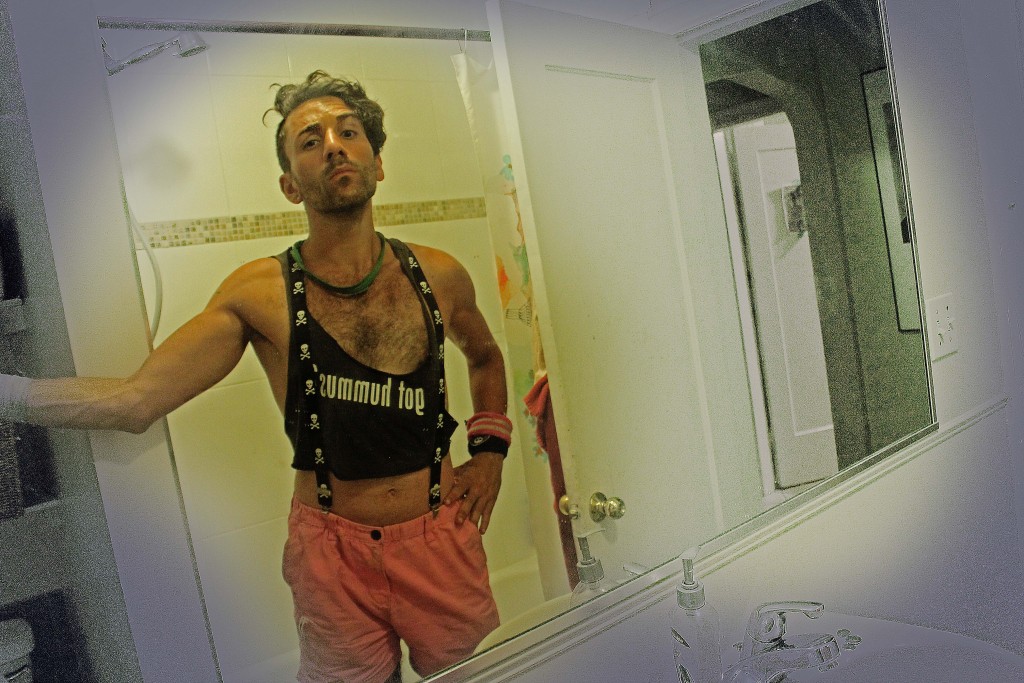 Spontaneity and preparation seem to be two polar opposite lifestyles that people abide by and adhere to. Golden rules, or unruly gold. If a spontaneous person is meant to prepare or vice versa, there is a possibility of the person feeling overwhelmed with the stress or anxious due to the uncertainty. I am usually spontaneous, leaving my known world on a simple fancy or trifle, living from day to day, on bit of cheese, bread and insider’s treats. I bicycle everyday. It’s a routine I have come to not think about, but just see as the only viable option to make it from point A to B. This is by no means preparation for a 170 kilometer slog through the mountains to the Pemberton Music Festival. This is where ill preparation could seem detrimental. I see it as a challenging thrill, a sickly pleasure to see if, and it’s really a BIG if many a times, if I will make it to my final destination, scathed or unscathed. 90km is never 90km. There is always about a 10km error. 170 then is really 180.

The day started 2 and a half hours later than expected. Not only was I ill prepared when it came to training for this ride, I was ill prepared when it came to packing appropriately. Possibly it was the concept of appropriateness that I felt uncomfortable with to pack as such. Possibly that last sentence sets precedence as how terrible I am at on the spot excuses. Spoiler alert: after spending considerable time deciding my attire for the 5 day festival, I ended up sporting my “Got Hummus” crop top the entire time. To paint a better picture galemptness (Yiddish for uselessness), I’d like to quickly note that I had only recently purchased clipless pedals and shoes and had only decided to adjust and test them that morning. Thank the bike deities, I was able to remember how they worked and how to unclip without impaling myself in some fashion. Anyways, it was what it was, I had what I had, and I hadn’t what I hadn’t and at 8:30am, after deciding which, between my three pairs of functional sunglasses I should sport on the ride up, I left my front door, pedaled down Nanaimo Street, through the traffic peanut butter and jammed streets of Downtown, across the Lion’s Gate Bridge to North Vancouver, stopping once, in the centre, to take in the incredible view of the inlet and Stanley Park, before getting a tad lost, finding my way and zooming along the coast towards Horseshoe Bay. Horseshoe Bay, for those who don’t know, is one of the gateway ferry terminals to the islands that speckle the British Columbian coast. I paused for a moment to stare down upon the Queen of Surrey slowly distorting the deep black blue ocean on it’s way to the island, munched on a No Name Rice K rispy Square, before crossing an overpass and entering onto the Sea to Sky Highway.

The Sea to Sky Highway and I have history. My father and I spun off of it once into a snow bank ravine, luckily, undamaged. A childhood friend of mine also left that same road almost 20 years ago, at excessive speeds, crashing through an impenetrable guardrail, the trauma of the experience, evident in the lasting image of her patched body, a beautiful, sullied woman, now a ragdoll, that was on display at her Ismaeli funeral, that is patched into my memory forever. The road terrifies me, a night terror that hinders your sleep, but until you face it, it runs you, orders you, enslaves you. And so, fear and adrenaline pushing me in opposite directions to places I don’t want to go and places I didn’t want to return to just yet, I swallow and I face the roar of traffic and missing, at times, shoulder of careening paved landscape. The road swerves, switchbacks, climbs and dips. On my side of it, a sheer rock face clips my right shoulder. Across the divided street, the ocean, trees and the wind, race passed me and I race passed. Each town is a small blip, like starting to say something and having nothing really to say, so abruptly ending to speak mid-sentence, that there is no meaning, or effect. Lions Bay, bled into Brunswick Beach, small little, wealthy communities, with one or two food options, marinas and stunning houses, hidden amidst properties brimming with evergreens and shrubbery. For some reason, in the town of Furry Creek, I stopped to take in the awesome name, the awesome patch of grass I found, near the town sign and a full package of awesome Whoppers that I scarfed down. Seriously, Furry Creek, I will be back to check out your museum. I am intrigued. The sign said Discover Furry Creek. I feel like standing on that singular patch of green life, between two parallel roads, was a good vantage point to see most of what the area had in the way of offerings.

Onwards, and after a nosh of maple and bacon poutine at the Squamish Micky Ds, it was literally upwards, constantly. The hills come mountains, soared into the heavens and the shlog became more intense with each pedal. Sweat pooled and beaded in every crevice and strained part of my facial expression. Breaks became more frequent. I was running out of No Name Rice Krispies. WTF WTF WTF was the running monologue in my head. The end was not in sight, unless it was my end. Nature was spilling onto the road. Trees became churches that I silently prayed to. What made it worse, was the lack of discernable landmarks to determine where I was on the planet. I was in a void, a blank nowhereness, heading somewhere, hopefully. The shlog was heightened by the sound of an impending storm. Clouds transformed the sky into a granite wall, a taunting ringleader, the cracking sound of the whip, was actually the sky unzipping it’s cloudy drawers and pissing all over me. Cold piss. Soul drenching piss. Everything was frozen, yet the wheels kept spinning, and I kept moving through the hellish drizzle. For a moment, I hid under an information sign about the Squamish Native People and ate Israeli chocolate spread and shmooshed bread, that had a hole in every piece of the loaf, due to a failed attempt to stash a pipe in it (ended up hiding the pipe in the tent and drugs in my deodorant). I didn’t even bother with utensils or cleanliness. I looked like a beast, cowering bellow the wooden awning, looking out as a few tourists approached, then were quickly dissuaded by my presence. Shuffled on, like a psychiatric pill line.

Finally, around Whistler, the rain stopped and so did I, for a bite at the Amsterdam Café in the middle of the village. An okay burger and some okay fries semi-filled the gap where my stomach should be.. I made the necessary calls, telling my mom and cousin where I was and that I was among the living. That is something I owe to mother, that no matter wherever the hell I am, I tell her I am alive and not disabled in anyway. I could hear the maternal sigh on the other end of the line and I knew I had done the right thing by calling. I scarfed down the last bite of burger and met up with my cousin, who was waiting for a burger at another place in town. Standing outside of the establishment, loaded tank leaning precariously on some railing, as her carmates sat inside, looking out at me, a twang of sympathy changed their tones from not wanting to help carry some of my load up, to carrying everything for the rest of the ride to the festival. The stubborn voice in my head said don’t do it, you have already made it most of the way fully loaded…but fuck that guy and his voice, so I gladly handed over all my possessions to be petrol powered up the rest of way.

The rest of the ride was mostly downhill, over turquoise streams, and by turquoise lakes, only once climbing over a steep ridge, known as Suicide Switchback, the route’s last attempt to murder me. Unsuccessful, it relented and I rushed into Pemberton, passed the large welcome sign, 12 hours after I had set forth from my front door. I met up with my cousin and the car crew and loaded my stuff and some of their stuff onto the bike to roll it, through the struggling masses, who were dragging their camp stuff and coolers along the rocky, dusty path towards the festival campgrounds, some 40 minutes away. Score one for the bike came late that evening, as I whizzed passed all these poor bent over souls on my two wheels. A satisfaction creepily welled inside of me, like a Vincent Price cackle. I had made it. 180k on two wheels. A new personal record. Swag.

The video is on it’s way TONIGHT!